China has the world’s largest consumer base of solar energy. Last year, the country’s solar energy capacity was 130 gigawatts. Other large-scale solar projects across the globe have massive potential, but the 1,547-MW project at Tengger is a considerable investment. Sometihng to note is that the standard solar system for a home in Australia is a 6.6KW solar system – put that into perspective with the megawatts and gigawatts that we talk about here… However, hydropower is at the top of the global index of renewable energy sources. Data from the International Energy Agency (IEA) showed that hydropower produced three-quarter of total renewable energy in 2016. Here are some facts about famous renewable energy farms. 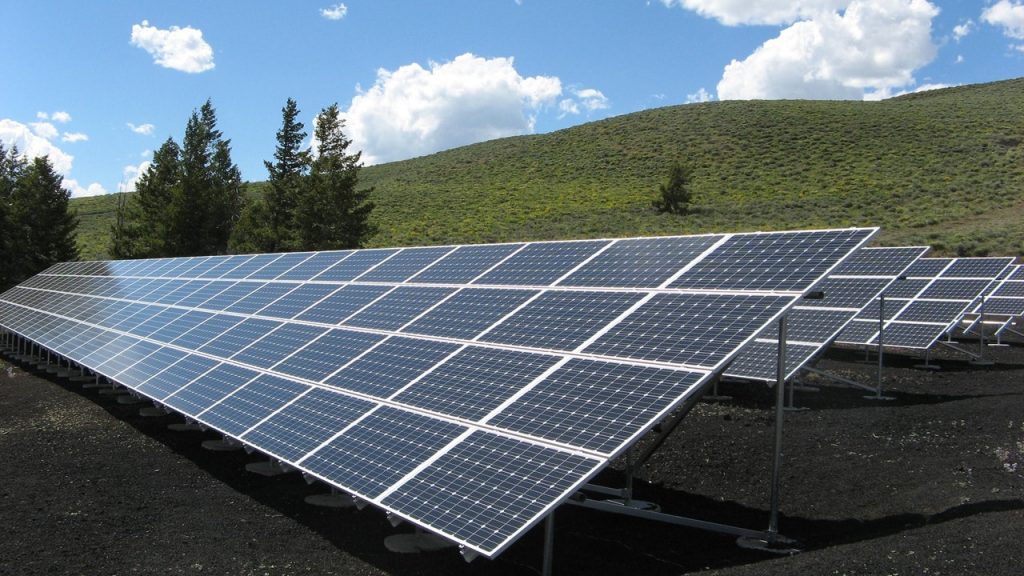 The percentage of solar power generation in the renewable energy sector might be small, but the Tengger Desert Solar Park in China is massive. As the world’s largest solar farm, the Tengger project has an area of 43 square kilometres. This 1,547 MW (1.5 gigawatts) photovoltaic plant is in Ningxia, China. In China, this infrastructure is called the ‘Great Wall’ of solar power because it’s length is 745 miles. Naturally, humans can’t walk this distance without getting exhausted. However, the area that Tengger Desert Solar Park covers is an arid land. Another amazing fact about this famous renewable energy project is that it can be scaled.

One of the famous renewable energy landmarks in Western Australia is the Asian Renewable Energy Hub (AREH). It’s a proposed intercontinental project that will be completed in 2025, and the investment value is a massive $22bn. When constructed, this 11GW facility will have both wind and solar turbines. The energy generation from this Asian Renewable Energy Hub will be in two folds. The array of wind-powered turbines and solar photovoltaic (PV) panels will generate 7.5GW, and 3.5GW respectively. Also, this project will sustain 7 million Australian households.

The Crescent Dunes Solar Energy Project might not be a big farm, but it’s a famous landmark in the United States of America. It took four years (2011 to 2015) to complete this U.S first solar power tower, and the cost was $975 million. When you visit Nevada, you’ll see this 110 megawatt (MW) solar farm in a desert outside Las Vegas. The facility has a conspicuous, and advanced molten salt power tower. As a popular utility-scale solar power facility, biologists still remember that tragic incident that occurred at this plant.

On the day of its final commissioning, over a hundred birds were killed by intense heat from the 3,000 heliostats (mirrors). However, the facility’s project engineers recalibrated the system’s algorithm, and it’s now safe for birds to fly over the heliostats. You don’t expect people to forget this tragic incident in a hurry. During its peak period of operation, this Crescent Dunes Solar Energy facility powers over 75,000 homes. Despite its controversial history, the circular arrangement of panels at the Crescent Dunes Solar Energy Project is an amazing beauty.

Grand Inga Hydroelectric Project in the Democratic Republic Of Congo

The Grand Inga Hydroelectric dam in DR (Democratic Republic) Congo is one of the largest proposed projects for electricity. This 40,000 MW hydropower plant has a value of US$13.9 billion, but it’s been entangled in controversies. Many people remain sceptical and believe the DRC’s government lacks the will to execute this grand vision of hydropower. Interestingly, we can learn from the DRC and take action on a smaller level. The pipes we have at home can be converted to a multi-faceted renewable energy source. By keeping our drains clean, we can install hydroelectricity generators in our pipes and generate energy every time we flush. Our waste going through said drains also end up in the sewerage, which can be used as biofuel.

The Bhadla Solar Park in India

The 2.25GW Bhadla Solar Park isn’t just India’s largest, but it’s a massive investment that covers an area of 5,783 hectares. It’s estimated at a value of $1.4bn. When completed, the government of India expects to raise solar energy generation to 17% with this plant.